If you know anything about the Middle East specifically the Gulf region (Kuwait,UAE,Saudi Arabia,Qatar,Bahrain) you would know that the Abaya is the official dress worn by local women in the area.

The Abaya is traditionally a long cloak that is worn open or closed and has so many style variations according to the talented designers who create them.

Here we have a unique blend of Middle Eastern Persian style take on the traditional cloak in whimsical, fun, quirky designs and colour combinations, with a mix of beautiful fabrics unique to this brand.

I have been following the brand for a few years now and had to make a post about it so you would get to know about it to.

You can shop the designers collection on Instagram @nofuxlabel and here.

Stay beautiful and fashionable as can be…. 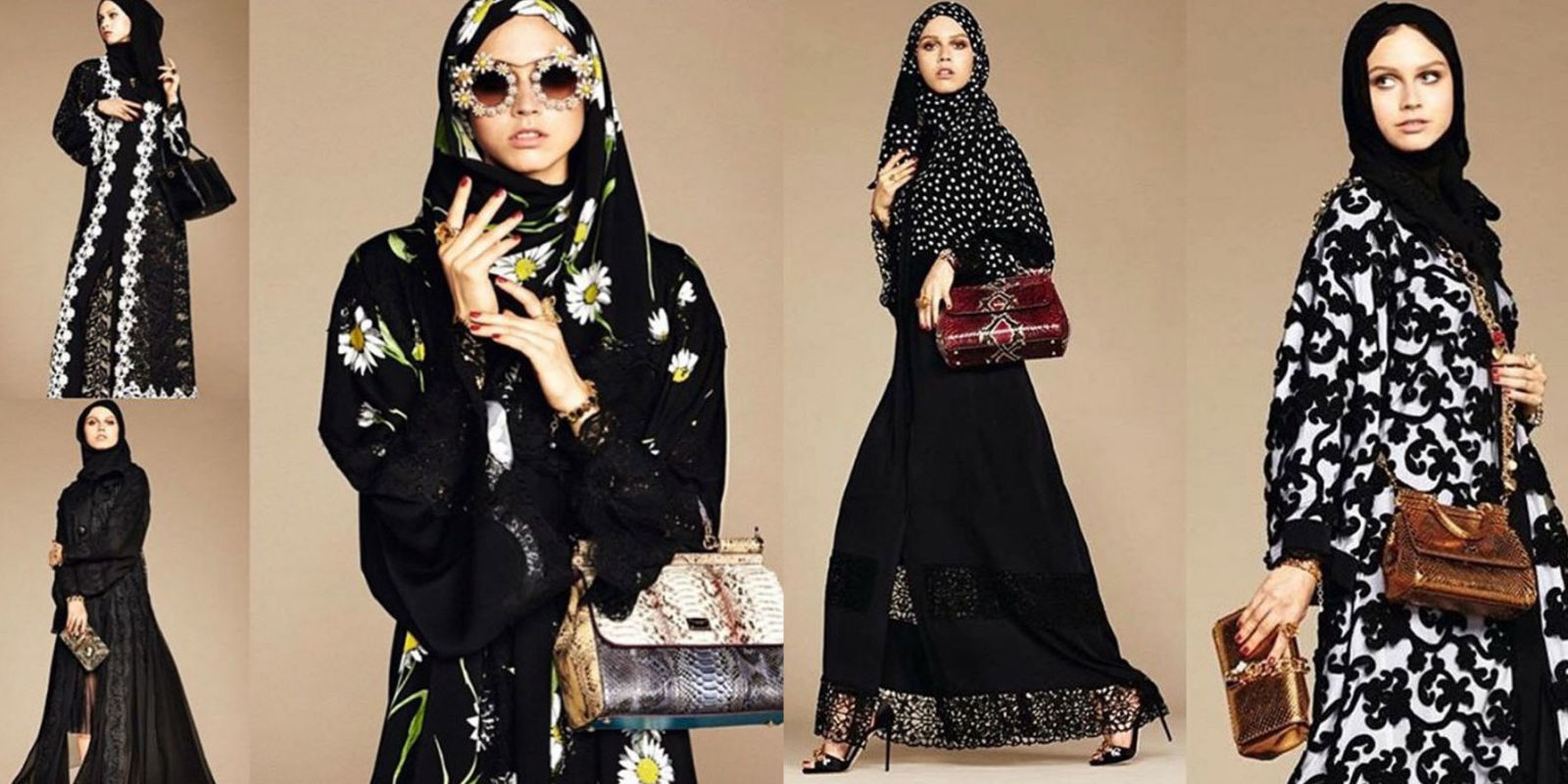 Dolce & Gabbana is the latest brand to target Muslim shoppers, introducing a line of hijabs and abayas.

With floral prints, lacy patterns and the occasional pop of color, the Italian fashion house put its own twist on the usually dark-colored cloaks and matching head scarves traditionally worn by Muslim women.

The new collection “is a reverie amidst the desert dunes and skies of the Middle East: an enchanting visual story about the grace and beauty of the marvelous women of Arabia,” Dolce & Gabbana wrote on its Instagram page.

The company is hardly the first to tap into the Muslim market — H&M featured a hijab-wearing model in a recent ad, and Tommy Hilfiger, DKNY and Mango are among the brands that have launched Ramadan collections.

It’s an increasingly smart business move, as Muslim customers spent $230 billion globally on clothing in 2014, and it’s predicted that figure will rise to $327 billion in 2020, according to a report from Dinar Standard, a market research firm.

Melanie Elturk, CEO of Haute Hijab, told TODAY she’s excited that companies are finally wising up to the fact that Muslim women have money to spend, especially ones who wear hijabs and abayas. “That’s their entire wardrobe!” she said. “They don’t have a plethora of jeans and tops and sweaters.”

While she allows that companies like Dolce & Gabbana might simply be trying to infiltrate a lucrative market, as opposed to making a political statement, she’s still “ecstatic” to see brands post photos of presumably Muslim models.

“Just to see a model in full hijab and an abaya is remarkable,” she said. “It’s something I truly never thought I would see.”

But she warns companies have to be careful about catering to traditional Muslim women.

“This market is so nuanced and deeply rooted in faith that if you get one thing wrong in an ad or with the imagery, you can completely miss the mark,” Elturk said, pointing out that part of a model’s leg is visible in one of the Dolce & Gabbana images, which defeats the purpose of wearing the abaya.

While pieces from Dolce & Gabbana’s new collection are likely to be priced well into the thousands, there are plenty of brands making fashionable hijabs for affordable prices, like Elturk’s own Haute Hijab, Inayah or even Etsy, where prices start around $10.