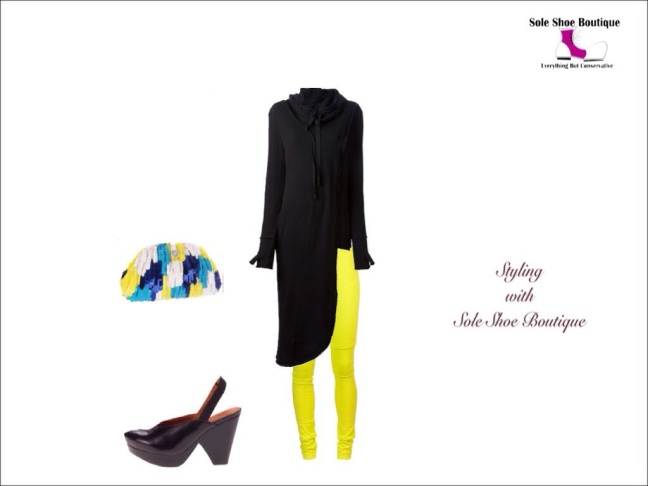 Pleats Please, as I understand is a new brand by Issey Miyake , but that’s not the topic of today’s post. I wanted to mention how much I love pleats. I mean don’t get me wrong they look fantastic, chic, brings out the beauty in a garment or curtains, or even furniture upholstery , but why are they so darn hard to perfect when hand sewing them into a “garment master piece to be”!

I’ll have to be honest , when I used to sew back in the days ( late teens, early twenties) not that I’m that old now 😉 , I surely wrecked my share of garments trying to make a pleated master piece. From what I’ve recently learned is that if you’re going to attempt to make a pleated garment by hand , then it has to be perfect step by step, or else if you miss one step then you’ll have to start all over :0 ( now how many normal people have time for that?!).

The other way to perfect pleating is to actually use a pleating machine , which I didn’t even know existed , and if I had known back then, maybe I could have purchased one and saved myself some unnecessary headache!

At any rate I love pleats and I think they are an essential pattern that every woman should own in a garment. Pleats can be worn formally, casually and any way in between. 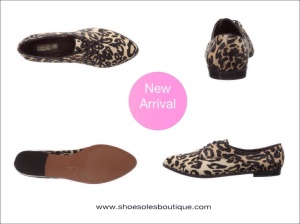 get your animal on with these spiffy pony hair leopard print oxfords by report signature. 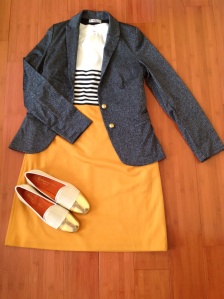 outfit paired with Boutique 9 platform boots ,and a black leather Handbag with gold hardware,then you have transformed from office to night on the town! 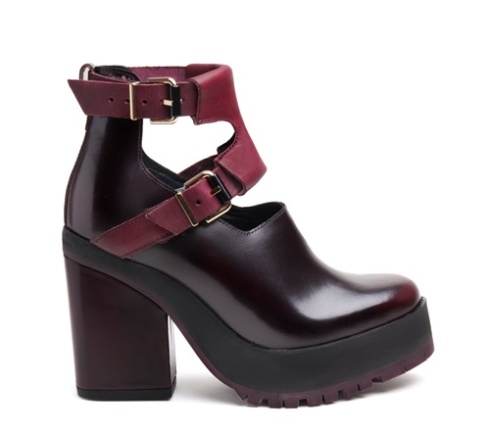 If you haven’t heard of them,then look them up. Their shoes are the best and as edgy as they come. 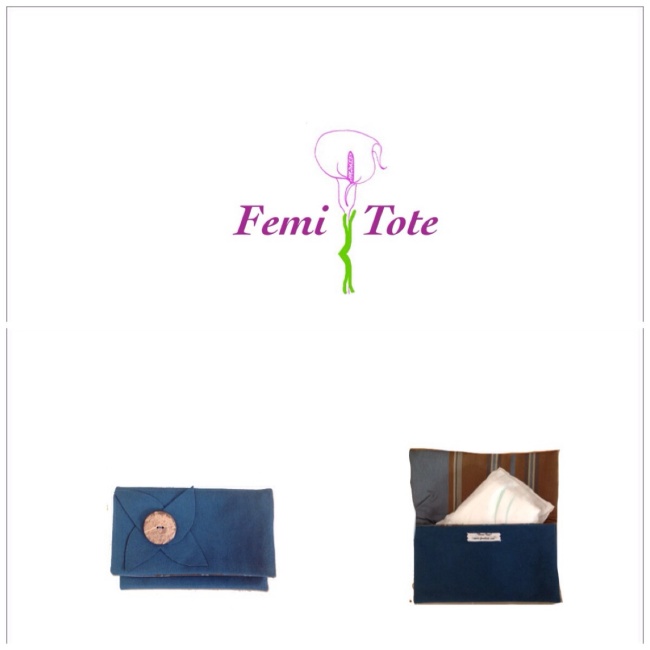 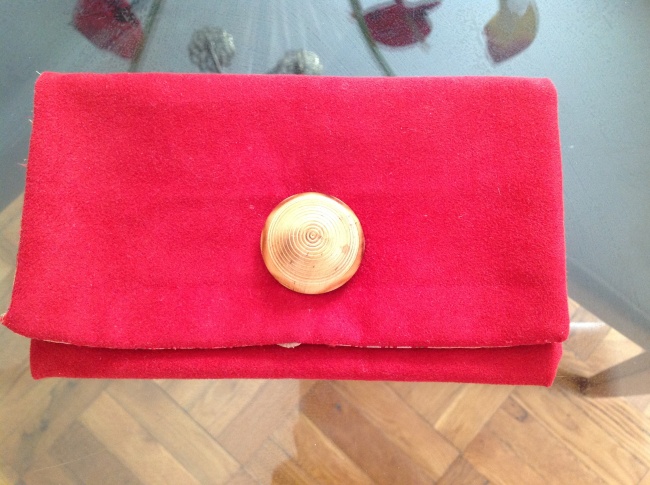 I’m so happy someone came up with this awesome idea for carrying women personals. I know I was  tired of taking my handbag to the girls room with me. So ladies you can now hold your head up high while your out at a restaurant , night out ,or at a gathering, during those “little visits” to the restroom and no one will ever know what’s in the little Femi Tote.

If you like chocolate shoes like we do,then you’ll love these new arrivals by Chocolate Negro. The colors and styles of these beautiful unique collection of pumps and boots just hit our store, they are made in Portugal and made with excellent craftsmanship.

I paired the sophisticated loafers with an Isabel Marant goldish yellowish sweater and a pair of black Jil Sander tailored trousers. The loafers are available for sale ,if interested contact me. 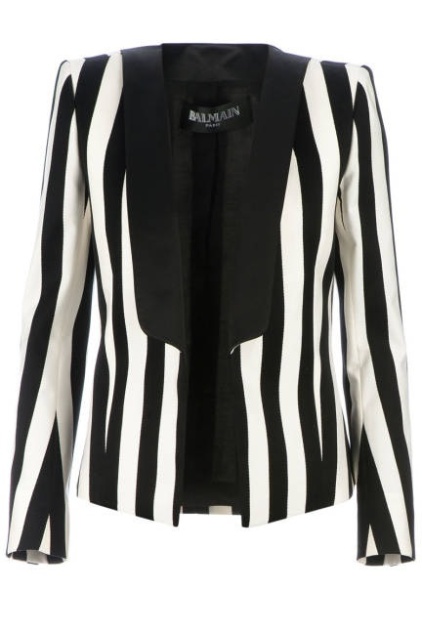 Because we are in the 21st century, they have become a pedestrian sight in the City.

Bankers, lawyers and businessmen sport them.

Their vertical stripes are a positive if you are short

It will elongate your silhouette and accentuate your height.

But stripes can also be horizontal.

Now fast backward to the 13th century – the Medieval times.

In 1310, stripes were evil and it all started in France.

A cobbler was sent to death because he had been caught in striped clothes.

That man, was believed to be a member of the local clergy.

Michel Pastoureau  recounts the incident in his book –  The Devil’s Cloth.

The Carmelites did not expect to kick up a fuss  by wearing their official  robes.

Quickly, they became to be called  the barred brothers and Pope Boniface VIII banned the striped clothing from all religious orders.

The 12th and 13th century were definitely not a time to sport stripes. 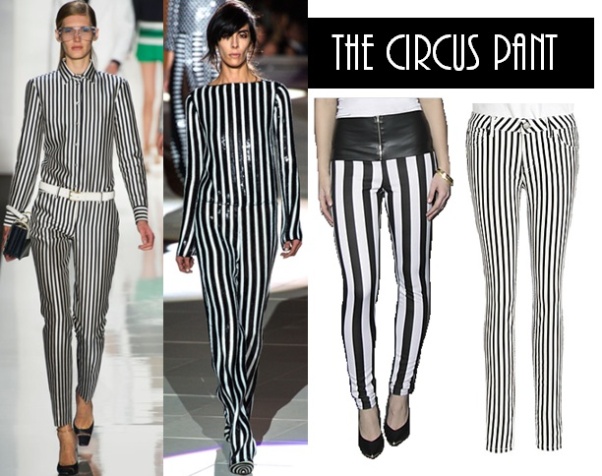 They had a diabolical quality, a demeaning and pejorative  aura.

Even the zebra (which back then was not seen but heard of) was perceived as an evil creature.

So there you have it. The French would not hear of it, they wanted white cloaks.

The beast of Gévaudan was terrorizing the French countryside and it must have been a diabolical creature as it could not be striped!

Pastoureau believes that there must be a reason why people don’t want to wear them and he cites a verse from the Bible.

“You will not wear upon yourself a garment that is made of two.”

Now, fast forward to the 18th century and stripes have become chic.

In France, receiving your guests between 1799-1804, meant you had to set up a striped Egyptian tent in your living room.

It was the height of elegance.

But way before that, Queen Victoria dressed her four-year old son – Albert Edward – in a sailor suit to board the Royal Yacht.

The nautical look grew – swimmers took to the style and men’s fashion  picked up on the trend.

In fact in 1858, the Act of France, introduced the uniform for all French seamen, in Brittany.

The breton stripe was born. 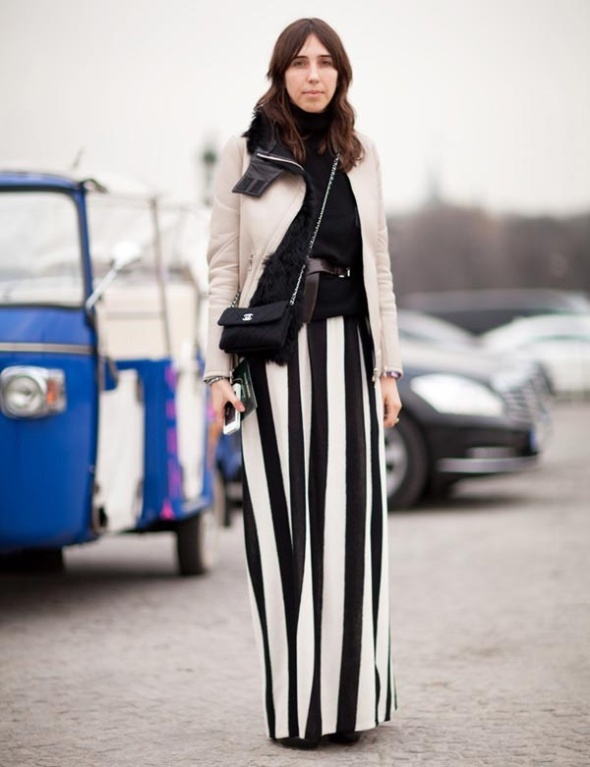 By the 1930′s, the navy and white stripes started spreading like wild fire.

Whilst being seen as a mariner attire, the influential Coco Chanel decided to sell the stripes at her shop  in Deauville.

But what triggered the stripe craze was when she was spotted wearing a striped top and palazzo pants.

That was it –  the Nautical stripe flourished.

In the 60s, stripes were seen as being rebellious.

Hipsters and people who question the fashion establishment sported them.

These days, we have seen the resurgence of them.

Designers from Marc Jacobs to Acne and Gucci are re-using the stripe for their new collection.

It’s interesting to know how much the breton stripes have gone through in history, considering how nonchalant we are about them.

Parisian chic, some say. Nautical connotation  to others.

There’s one thing for sure – the breton stripes have sailed tumultuous seas but nowadays, you can rest them on their laurels.

Ok so my mind is boggling right now, i mean you see some strange outfits on people when your out and about , but to now actually have a clear view of different style categories then it explains itself the mixture of throw together s or lack of that we can sometimes run across in our everyday travels.

i put together after some research and brain scratching mixed with fashion knowledge of style terms of my own and came up with an extensive list of style types that almost everyone falls into. Wether your a fashion diva , or plane Jane then you fit into one or more of there’s categories just take a look and ask yourself which one fits you ( oh I forgot tailored)

I myself think I’m a little confused and don’t know who I am anymore lol because my style is mixed with at least 5 or 6 of these categories……… have fun figuring your style!